I love this poem so much I wanted to focus on it and not the entire book from which it comes, Radio Silence by Philip Schafer and Jeff Whitney.

It begins powerfully — introducing the concept of a “silence as old / as silence” which briefly makes you think about what that means.  Briefly, because the next words immediately provide an example as clear as an infant’s first mewling breath: “A dead blue jay / flat against a road.”  See, a bird may make the reader think “Too bad” but move on with the rest of life.  A “blue jay,” however, not only humanizes (birdifies?) the image but a blue jay is one that elicits (or can elicit, depending on the reader) deep empathy. Because a blue jay is a type of bird for which one is positively well-disposed: it’s blue (an attractive color to many and personally my favorite color) and it’s a jay. It’s not uncommon in North America and (according to Wiki) is common near and in residential areas.  So the idea of seeing something for which there is familiarity “flat against a road” is certainly an apt exemplification of “silence as old / as silence.” There’s a lot to feel, but not much to say. 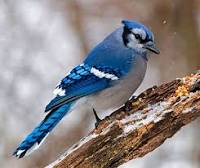 The poem continues on with similarly evocative language as well as fresh metaphors and strong imagery. As for “Think blood as the past life / of red”? That’s nothing less than duende.

The ending is as strong as its beginning. There’s a sense of conclusion, of closure.  But what’s presented is actually a mystery. I wondered what was meant by “The bar to be / as empty as the day it was full.”  There’s a story — nay, a novel — in there that one is left to imagine, that exerts a particularly powerful pull as it just followed the simple declarative: " All we clamor for-- / a shot at being happy, / a few wars to learn what / we love."

What a gift this poem provides: a fullness, a ripeness, an inexplicable joy.

The poems of Radio Silence were written collaboratively by two authors. While I focus on "Static Wound," I did read the entire book and can attest that, like "Static Wound," the poems benefit from their process.  A collaboration often allows the individual author to go beyond the limits of one's own imagination — such can result in fresh imagery and textual turns.

Because of their freshness and pleasing twists, many of the poems make me speculate that the two authors created the poems by alternating lines. I sometimes get a sense, too, that as one poet writes, he does so with an impish attempt to make the other poet work harder on the next words. That's how you get such wonderful diction as

When some men open their palms you can see
abandoned railroads in the ghost town
of their veins.
(from "Evening News")


When we die we will drop like station wagons
teenagers drove into the neighborhood pond
and we will swim and swim through cul-de-sacs
of fish and will greet all the cousins we missed
and shake the seven hands of that one magician
friend in jr. high we probably shouldn't have kissed
and we will start to feel the pounding in our ears,
the pressure of a life so swollen
(from "Jamais Vu")

The best collaborations also don't reveal their seams; the reader doesn't get the sense that many of the poems were not written by one author. In this sense, the book's lovely and effective poems reveal that one plus one created an author larger than the sum of two. For instance, this poem--it's the kind of poem that seemed writ in that blessed space when the poet was "on" ... and yet written collaboratively by more than one author? That's the proof Poetry is art, not science:


I took a mason jar of fireflies
and shook them
like a snow globe.

So much death
lighting up.

Manhattan
in my hands.


These poems are prayers. Are blessings.